Dolls and Animals of Song and Story

These pages will record Songs or Story books I have made the characters for.  My first two are from Australia.

1 “The Adventures of Two Dutch Dolls And a “golliwogg” ”   The Gollywogg I made and the two Dutch Dolls are ones I made years ago and had given to my mother when she went into a nursing home.

This is Golly with the two dolls.  He was a favorite toy of little girls in Australia back in the early 1900’s.

Here is a better picture of the Dutch Dolls.  I found what the dolls were like from the story book itself. 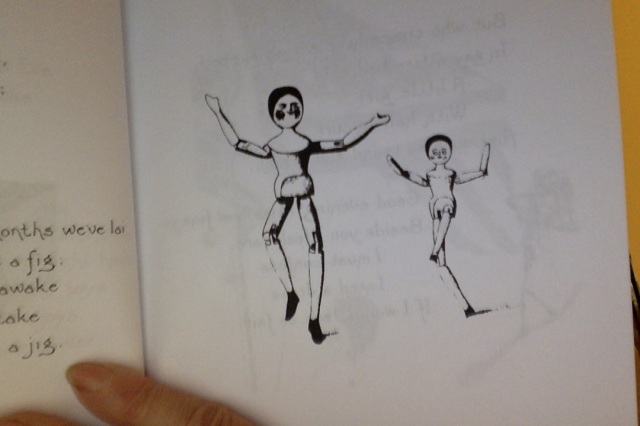 When I made these dolls I had no idea what they were called.  A gentleman who lived down the street from me in Florida made many things of wood and showed me the doll bodies..  I like them so he made lots of them for me, I painted them, strung them and dressed them and sold them at craft fairs.  My do not have jointed legs and arms but free movement of both so they work well for acting out the story.

2 THE POLKA DOTS AND THE JOLLY SWAGMAN  Again a story from Australia. 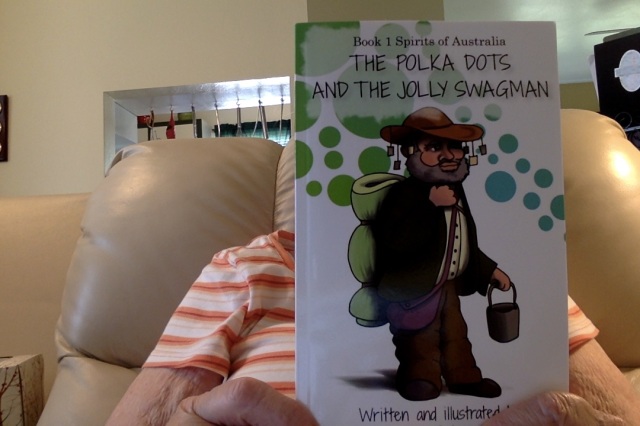 A Swagman was a wondering tradesman who went from town to town looking for work.  He carried all his possessions in his bed roll.  Most of the sheep shearers were Swagmen.  The small pail he carried was called his Billy and he used this to make his billyboil which was his meal that he cooked over a camp fire.  His bed roll was called a swag and often he gave this bed roll a female name as it was his only companion. 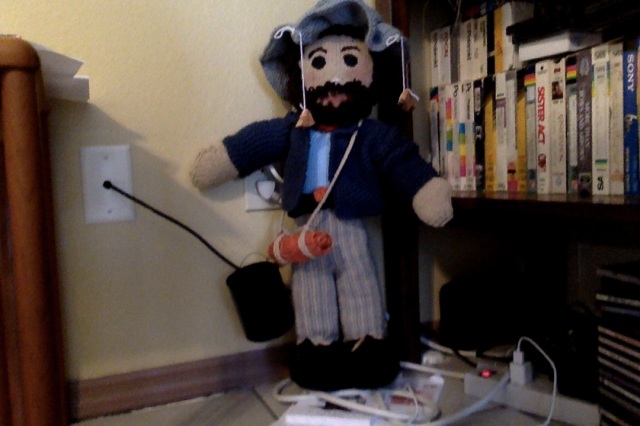 This is my swagman with his bedroll or Mytilda and his billy.  I also have the song “Waltzing Mytilda”  which means walking with a bed roll.   The Polka Dot are a family of nine children that he meets one summer.  “The Polka children are headed for some “interesting times” while holidaying with their family, thanks to a cursed opal, the magic of a boa ring and the enchanting spirits of Australia.”

These are the characters in this story. 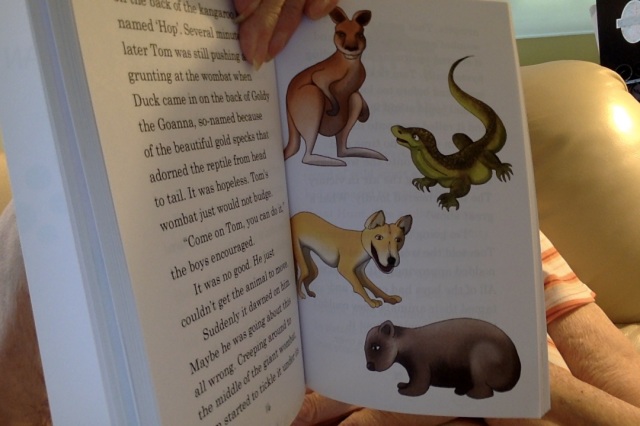 These are some of the animals I need to make for this story.  As soon as my material arrives I will get these  to add to my story.

3 GOLDILOCKS AND THE THREE BEARS 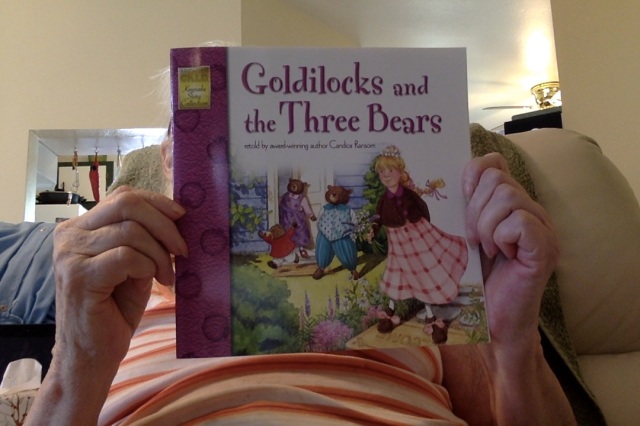 These are the old stories retold byCandice Ransom.  The stories are just as I remembered and loved so much as a child but told in a way today’s children can understand.  Here are the three bears . 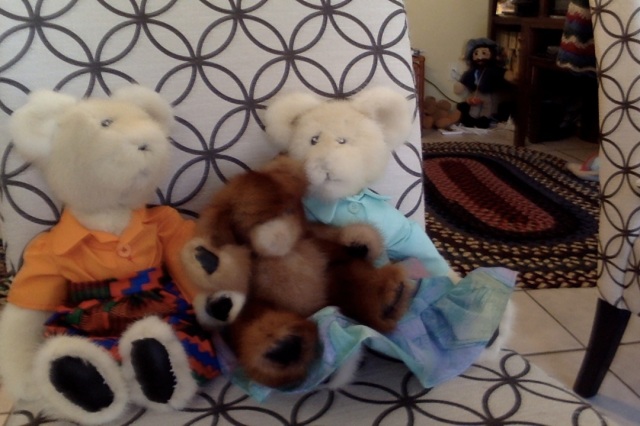 Baby bear will not have people clothes.  Here is Goldilocks.

It took some time to get a dress she liked.  The first one I made was too short, then this one was too long, you know how that goes.  Then when I put on the pinafore it was just right so now we have a happy Goldielocks. and the story is ready to be read to my great grand children.  Regina came over to see my dolls and books and just fell in love with the idea of acting out this story with the dolls. Then she asked me if I would make a mouse for her story.  She has been writing stories for this whole year, she started when she learned how to write.  I have tried to get her to save her stories and now I think I have the key for that.  So here is Regina’s mouse

This is really a vole but a vole is nothing but a wild mouse and Regina loves him so he too is success.  Now I hope she keeps this story and writes more I will make the animal or bird for any story she writes.  I found out today the Dyane also writes stories and if she will just tell me who the story is about, I will make the animal for her also.  I don’t need to see the story now, maybe sometime when she is comfortable with writing she will read one for me.  Now back to Little Black Sambo which is a story about a little by from India.